The sea has always been special to me. I was brought up on the North Wales coast, in the town of Sunny Rhyl. The sound of sea gulls was always in the air and the beach was never far away. Despite its name Rhyl is not sunny, and yet walks and fun on the beach don’t require sunshine. The vast expanse of the Irish Sea, often grey and uninviting held huge wonder for me. Even when I was young I would start out at the sea wondering what lay beneath the waves, and where I might get to if I swam in a strait line on and on. My passion really grew one week when I was fourteen years old, and I had a work experience placement in my local Sealife centre. I was hooked and I have lived and worked around the sea and marine life for most of my life.

Moving to Saint Helena has been an even more wondrous experience. Living on an Island 10 miles wide, and situated as it is in the middle of the Atlantic Ocean the Sea pervades every part of life. You can see it from almost everywhere, smell it hear it. Everything on the Island has crossed the Atlantic to get here from food to furniture.

Our first ever boat trip here. I cant believe how much the kids have grown up.

My first ever fish caught on St Helena. 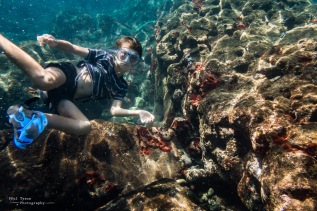 Oliver loves snorkeling and definitely takes after his Mum and Dad with a love of the ocean,. 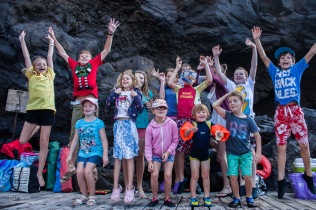 Lemon Valley fun with the first group of friend we had here. Sadly only Oliver and Charlie are left on the Island

The latest fish I have caught on St HElena

Boat trips allow great opportunity to see and photograph the Island from a different perspective.

Right from when we first arrived on the Island we have been intimately connected to it. Bev teaches Marine Biology, our leisure time is spent in it or on it, and now my work is to study it. Our boys learnt to swim in the sea, they have snorkeled ship wrecks and swam with whale sharks and had experiences that will last a lifetime.

Olivers first snorkel to the Pappanui Wreck. A long swim for a 6 year old. 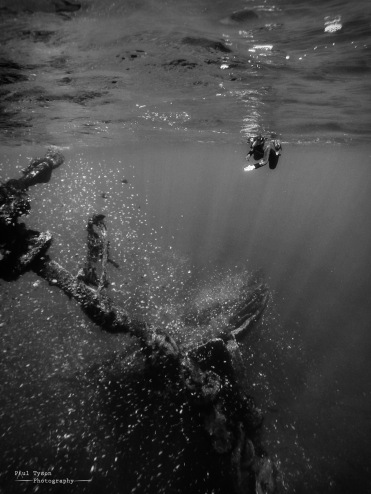 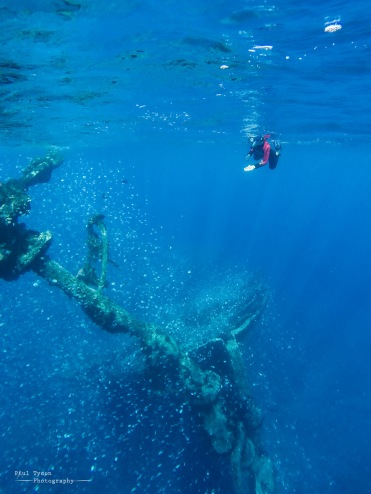 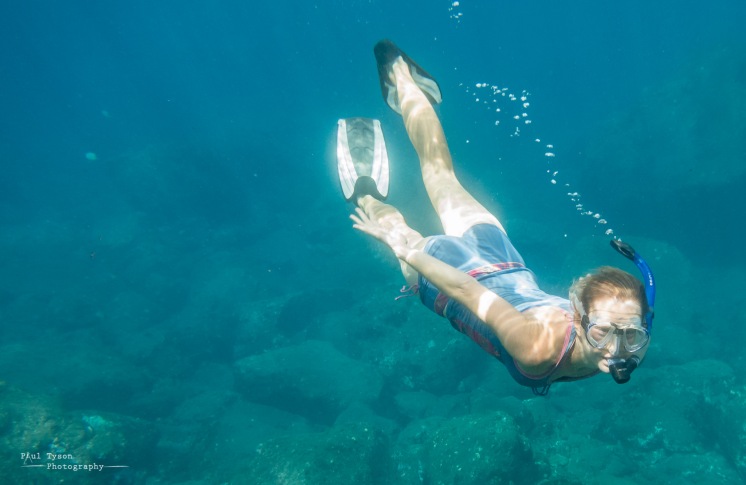 Not long after arriving on St Helena Bev and I learnt to dive, passing our PADI open water qualification. This opened up a whole new world to me. I’ve wanted to dive all my life, but things have considered to prevent me from doing so until we arrived here. Now, I am a Dive Master having passed my open water, advanced, rescue diver and dive master qualifications over the past two years. Being in the water feels right, I feel at home there. I love the freedom of movement the sea provides, no longer confined to a 2D surface I can move up down and in all directions, its exhilarating, and when you add in the beauty and wonder of the thousands of animals that make St Helena their home its pretty special. Where else do you see wildlife in such abundance.

Butterly fish, one of many species endemic to St Helena locally knows as Cunning Fish. 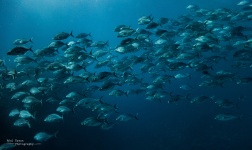 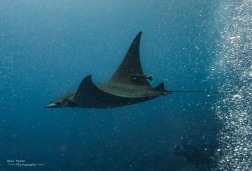 Devil Rays are frequently seen when diving int he summer. 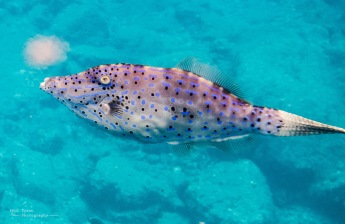 Fish in huge numbers are seen all around the Island

Not that you need to be able to dive to enjoy the amazing marine life here. One week I left my car at the garage to change the tyres. Instead of waiting at the coffee shop, or pub I went snorkeling off the Jamestown wharf, it was an amazing way to pass the time! 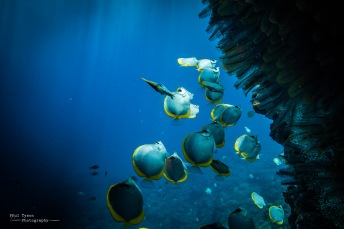 Not all the life that relies on the Ocean lives in it. St Helena has a wealth of bird life that nest on the cliffs and fly out to feeding grounds each day. 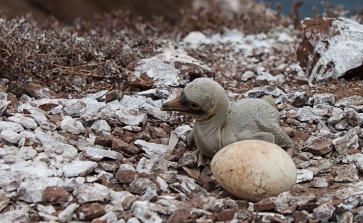 Masked Booby Chick. I was lucky enough to go out with the Conservation team ringing and recording the breeding of these birds. 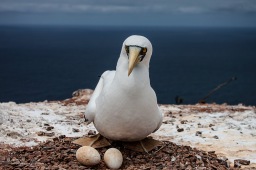 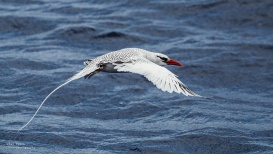 Tropic Bird. Tryign to photograph these things flying from a moving boat is tricky!

My favourite the Fairy Tern

These lovely little birds are very curious and will fly right up to you to have a look at you.

Some of our earliest experiences of the Marine Life here were the Humpback Whales that arrive here to calf in the Winter and Spring. These incredible animals can be seen mother and calf together in our waters. If you are lucky you’ll see them breaching as they hurtle their huge bodies out of the water and splash down again, seemingly just for the hell of it. 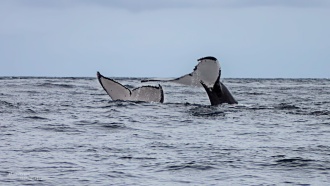 One of my first Humpback images. A composite of a whale diving as its huge tail fin disappear below the waves.

Breaching Humpback whale as we waiting on the RMS St Helena

Of course where there are Whales there are Dolphins. St Helena is blessed with three species, Bottlenosed, Rough Toothed and the magical Pan Tropical. The Pan Tropical dolphin in particular is an acrobat, leaping out of the water in shear exhilaration as it twists and turns in the air. They are found in huge pods over 300 strong.

A huge pod of dolphins jumps ouyt of the water in unison in a huge circle all around us. Apparently this is a predator escape stratagy indicating a large predatory shark was probably below us!

In recent weeks I have spent so much time at Sea as I have a new job assisting with various Marine Conservation Projects. I have traveled around the Island mapping fishing grounds, and we were lucky enough to be joined by a curious pod of dolphins. Their speed was incredible as they jumped and played on the wake of the boat even small Dolphin calves kept up with us without any bother at all..

For two and a half years I have been splashing, swimming diving and traveling on the seas of St Helena, but nothing could prepare me or beat the two weeks I have just had. Two of my best ever dives started with a night dive around James Bay was superb, and the first chance for me to test my strobes for my underwater camera. They worked a treat as I photographed Lobsters and Octopus, Stone fish and Eels. 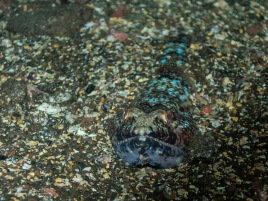 This was followed on Saturday with a long awaited dive to Barn Ledge. A seamount that rises up from the sea floor to a height of around 12m. The dive circumnavigates the mount, dropping of the edge and down the huge underwater cliffs. I’ve never seen so many fish, parts of the dive require you to literally push through them as endemic Butterfly Fish and Bright Red Soldier fish shoal in their thousands. 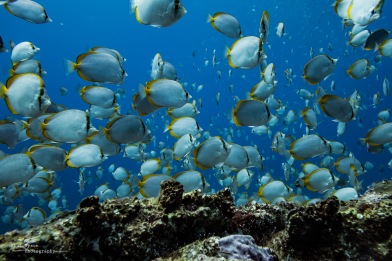 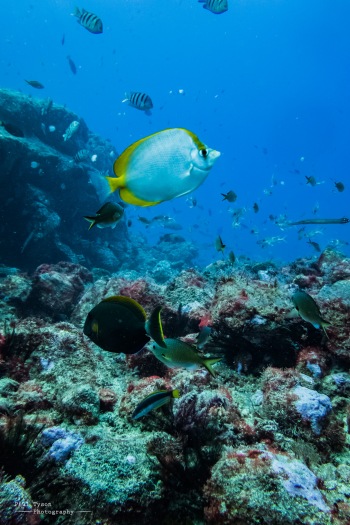 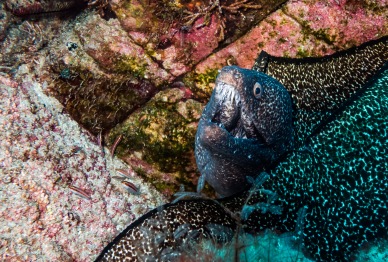 But the diving was just the start, it is whale shark season again and they are here in big numbers. I have personally swam and photographed well over 50 sharks now as I have been lucky enough to become involved in a project to photograph these beautiful animals. The spots of a whale shark are like finger prints, unique to each and the work we are doing contribute to a world wide database of individual sharks to track where in the world they are spotted in an attempt to better understand their migration patterns. I am as in awe now as the first one I saw two years ago. The experience of swimming with these 10meter gentle giants will never ever leave me. 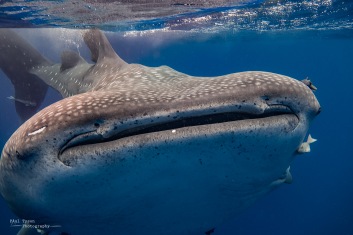 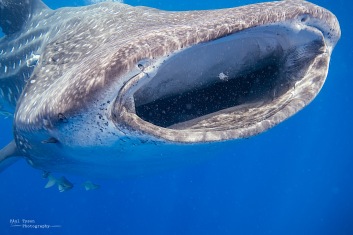 Just when you think it cant get any better it does, and St Helena gave me one of the most magical experiences of my life. As I swam with one giant of the sea, a pod of friendly Rough Toothed Dolphins decided to join us. At first I just heard clicks and squeaks but as they came closer I realised what the noise was. In an instant I knew that this was once in a life time,stuff, in fact, for many this was never in a life time as I was plunged onto the set of a David Attenborough special. They were curious but timid, coming close and taking a look at me, but never venturing closer than 6 or 7ft. One was particularly curious and followed me, keeping its distance all the while, back to the boat. We had to move on to find more Whale Sharks, but to my huge surprise the Dolphins followed us and joined us on the swim with the next Whale Shark. I’m told this is incredibly rare, although seen by divers and snorkelers it is normally in passing as the dolphins quickly swim away, to have them swim to us, watch us and spend time with us was special, really special and a day that will live long in my memory. My incredible two weeks at Sea were topped off today as Bev, the Boys and friends joined me for a swim in the bay. As fish geeks Bev and I have wanted to see a sun fish (mola mola) for many years, and today we did. Another giant of the sea these weird looking fish can reach 2m in diameter, but cruise slowly through the sea. This one was not at all bothered by our presence, even allowing us to swim right up to it to stroke it, seemingly enjoying something of a back scratch. Sadly, with an attitude of not being able to top the experiences just gone I did not have my camera with me, but as I high-fived my wife in celebration I knew once again that nothing, perhaps ever, will top the week I have had, thank you St Helena and thank you Atlantic Ocean. 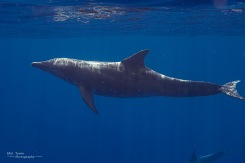 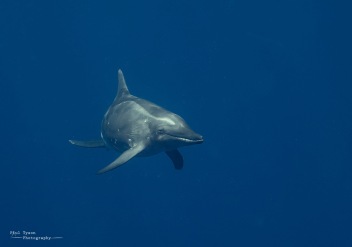 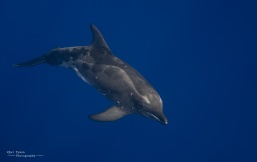 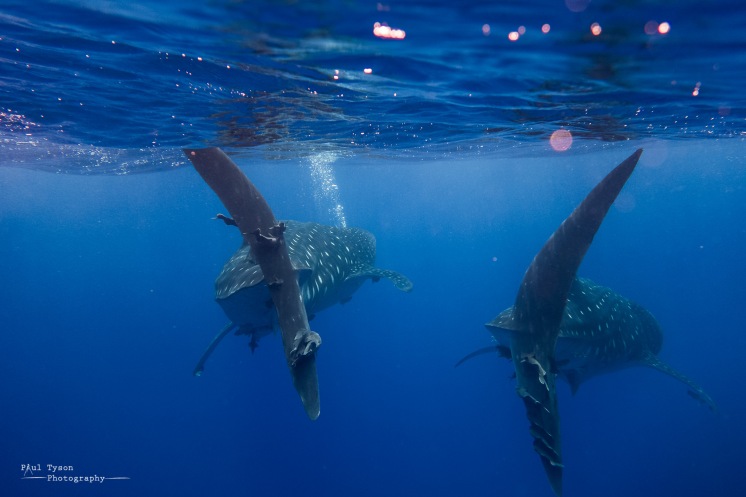 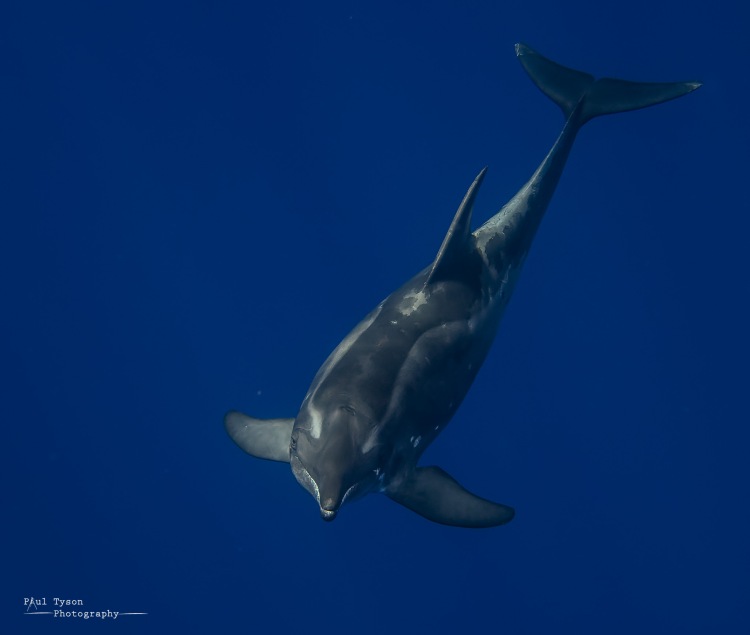 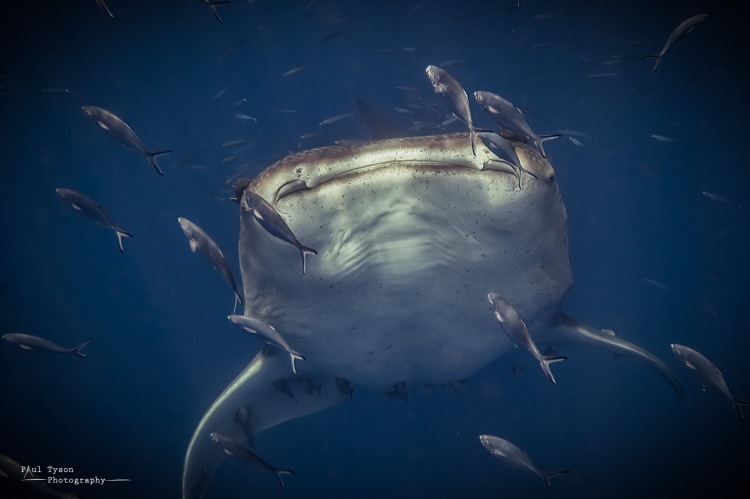 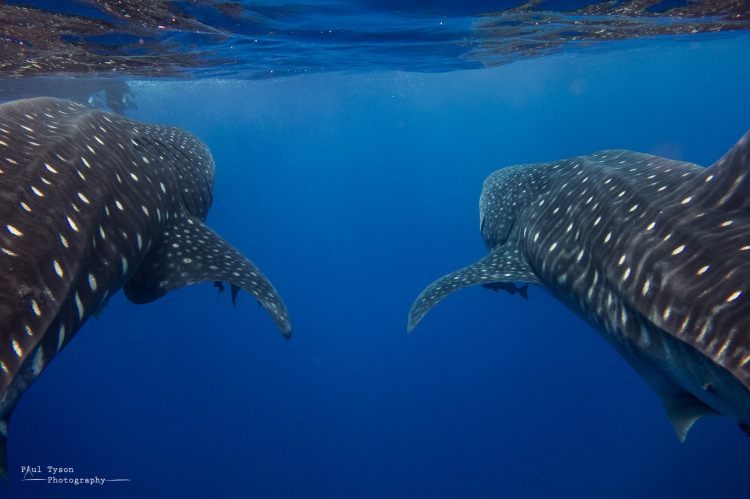 2 thoughts on “The Atlantic Ocean”