So its been a long time since my last update, this has been down to several reasons, not least of which I have been waiting for a new computer to arrive. Our laptop broke a more than a month and a half ago, and as is life on St Helena it has taken a long time to get a new one. When I say it broke, I of course mean, I broke it, dropping on the floor and causing irreparable damage!! However the event gave me the chance to buy a purpose built computer designed to allow me to process and edit photos and graphics much more efficiently than a mid-range laptop ever could.

Although the wait was annoying it did allow me time to look at things and find a way to raise myself out of the down patch that I was experiencing. I was going to re-focus on my photography and design work put out some adverts and get back on track………or I was going to be CEO of South Atlantic Media Services. Which brings me round to the second and main reason I hadn’t provided an update recently. South Atlantic Media Services provides Newspaper, Radio and TV news to St Helena and the current CEO is leaving the Island in the New Year. With great excitement I accepted the interview I was offered, and turned a few surprised looking heads in town as I headed to the studios all suited and booted.

The interview went well but after an agonising week and half wait, I received the doomed phone call telling me I was unsuccessful. I was genuinely gutted and took a real knock for a while. This was going to be my opportunity to make a difference, to leave my mark on the Island. But it wasn’t to be, I suspect in part due to the temporary nature of our stay on the Island, the job, probably rightly going to someone of Saint descent who could be here indefinitely. Good luck to Stuart George, I wish him well.

And so Im back to the photography and design work, which actually, is fine. I have a big new contract to deliver interpretative panels for various tourist spots on the Island, allowing me to leave my mark in some way. I have a few private contracts for product photography and will be doing some family and maternity portrait shoots. It seems my work is still in demand

I have also, with the arrival of my new computer finally had the chance to finish a night scape of Jamestown, a photo which is now on its third incarnation, and has taken literally hours and hours of work. The image is composed of around 46 photos, taken in two batches, one at sun set, one three hours later at night to capture the lights and cars of Jamestown. This meant perching myself precariously on a loose scree slop above the town for around four hours as I waited for the right lighting conditions to take the two set of shots I wanted.

Back on the computer hours have been spent aligning and carefully merging and blending the two sets of shots, and then blending in further images which showed cars moving through the town.

The result is a huge photo, over a meter across which I hope to sell on line on in print on the Island. With the arrival of a new professional quality printer I can now produce these at A3, and it looks great even if I do say so myself. 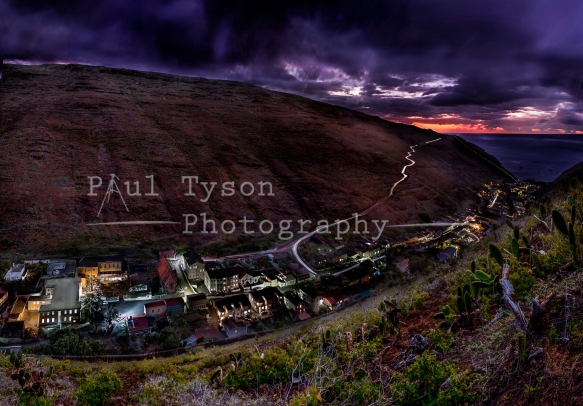 Sorry for the heavy water mark but as this photo will be for sale I need to protect its copy write!

Aside from work, I have re-started my football career, playing an initial twenty minutes in my first games, and culminating in a full ninety minutes for the last games of the league, my team, finishing in a respectable fifth place. Unfortunately the season has ended all too soon, and an early exit from the cup at the hands of the league winners means that I will have to wait more than six months to play my next match. But still, I am pleased to be playing again and even more pleased my groin has held up and seems to be on the mend.

Summer is now trying to make a comeback, although winter is doing its best to hold it off. Days of bright sunshine and high temperatures and interspersed by periods of cloud and drizzle. Oliver and Charlie took part in the schools harvest festival. One would expect this to be carried out in the autumn, but in keeping with British tradition we still celebrate in October. It is not too out of place though, as spring on St Helena is full of beauty and change. Sunsets are taking on a greater intensity and trees and plants all over the Island are bursting into flower. Colours are popping up everywhere. Sadly I haven’t had the opportunity to get out and photograph much of this beauty yet, but keep your eyes open and I’ll do my best to bring this to you in due course. 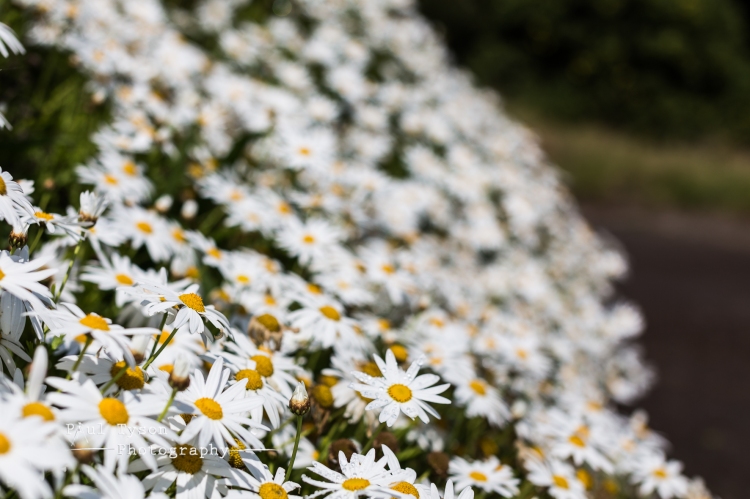 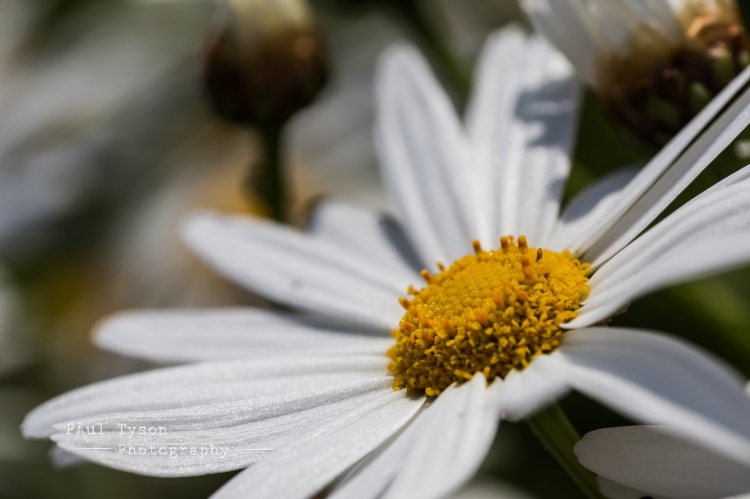 Watching the boys at the Harvest Festival shows me how well they have settled, and what a lovely group of friends they have. It was of course a huge worry coming out here, how would they adapt, would they miss home too much, will they make friends? But looking back at how much the boys have changed and grown we can never have any regrets, it has been brilliant for them. I often have pinch myself moments, and this was one of them. 24 months ago I had not heard of St Helena, and yet here we are, watching Charlie sing “Juicy Fruits” with his classmates. in the middle of the South Atlantic on an Island we call home. Temporary home it may be, but home none the less. Although I have had my ups and downs and testing times personally, I am still filled with excitement when I step back and look at what we have done, what we are doing,

Oliver and Charlie in their den. I think I had more fun building this than they did!!

and that we are even here at all. To the people who live here it is normal, just life, but this is an adventure that people dream of, and we are getting to live it. I hope the boys grow up and look back with fondness and appreciate the experience. I hope they remember, the Harry Potter nights and building dens, the football, the whale sharks, the freedom the friends they have made and the fantastic times they are having.

As summer arrives, St Helena gears up to Christmas, yes, weird I know. Oliver is playing the role of one of the Wisemen in the school nativity play and the shops are filled up with gifts, chocolates, lights and decorations, which makes me wonder what there will be a shortage of in the coming months, there is only finite space on the RMS after all. This year we will ensure that we are fully kitted up for the festival of lights, and I look forward to the festive season kicking in, with more Christmas songs on the radio such as Santa Arrived in a Pick Up Truck!

On Sunday the 8th of November St Helena joined the rest of the World in paying respects to those who have lost their lives in the tragedy of war. The service on St Helena involves various churches, Scouts and Guide groups, police and armed forces on the Island, and brings together Saint and Ex-pat communities from all over the Island. This year, Oliver, who has just joined the Beavers had a small role to play, walking with the rest of his group in the precession through town to the Centotaph. Oliver was beautifully behaved and look very proud to be doing his bit, even if he didn’t quite understand the point of it all. I looked around the water front and compared the faces to those that stood next to me 12 months pervious. Many of them have changed, new ex-pats arrive on the Island all the time and new friends have been made in the process. But the most significant thing that stuck me looking around that morning, was not how many people had left, but how many people I knew, Saints whom I now call friends, who say hello as we pass in the street, who know who we are, what we do and whom I hope consider us to be a good addition to the Island. Looking back 12 months I feel established on the Island, but I realise now that it takes more than three months and a few friendly faces to be established here. Maybe I will make a difference and leave a mark here after all. 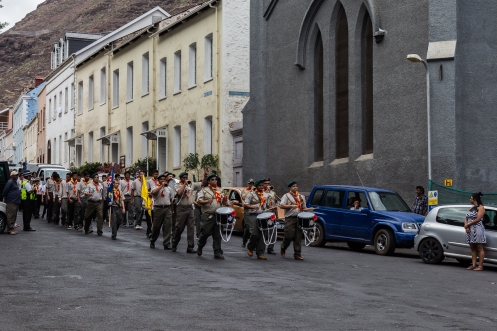 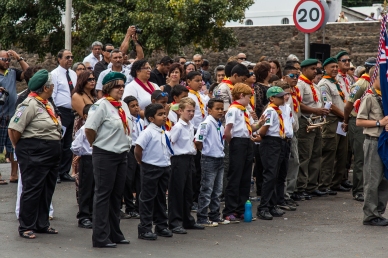 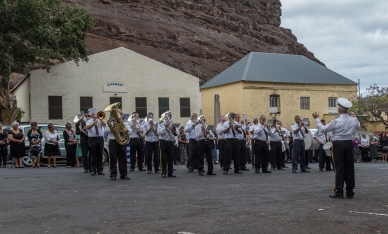 The sun came out for the ceremony, just as it did last year. As the sun shone down, the heat was too much for some and , in my shirt and tie with sweat patches on my back, realised that it is probably a good thing I didn’t get the job after all, at least this way I don’t have to buy a new shirt.

3 thoughts on “I Dont Have to Buy a New Shirt”